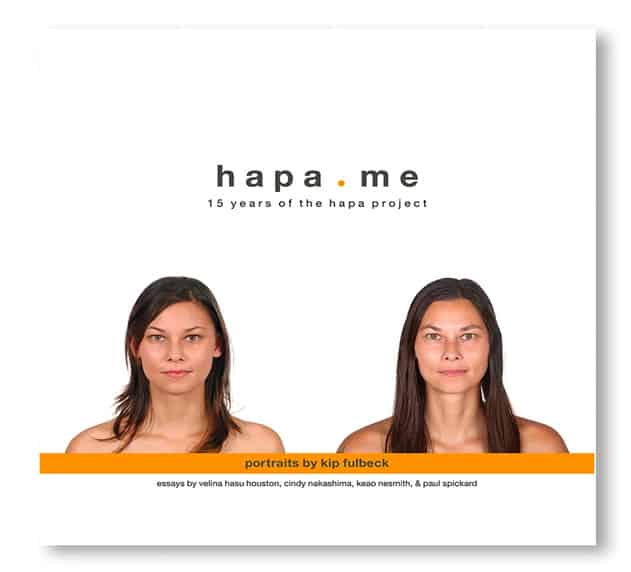 hapa.me - 15 years of the hapa project

Kip Fulbeck's long awaited follow up to Part Asian, 100% Hapa is finally here. hapa.me pairs photographs and statements from the original series (many before never published) with contemporary portraits of the same Hapa individuals and newly written statements, showing not only their physical changes over time, but also changes in their perspectives and outlooks on the world. The book includes over 100 new participant portraits. Paper: 212 pp. 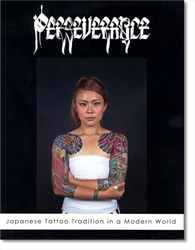 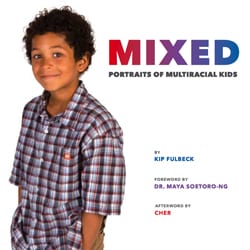 At a time when 7 million people in the U.S. alone identify as belonging to more than one race, this timely collection of portraits celebrates the faces and voices of mixed-race children. Overflowing with uplifting elements-including charming images, handwritten statements from the children, first-person text from their parents, a foreword by multicultural educator Dr. Maya Soetoro-Ng (President Obama's sister), and an afterword by international superstar Cher (who is part Cherokee)-this volume is an inspiring vision of the future 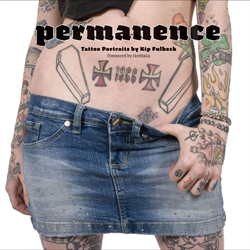 Once a fringe phenomenon, tattooing is now a full-blown cultural fact. More than 40 million people in the U.S. alone have tattoos, all with unique stories about why they chose to indelibly mark their bodies. Permanence is the first book to combine photographic portraits with these individual stories, told in the subject's own words and handwriting. Foreword by world-renowned tattooer Horitaka. Featuring Margaret Cho, Chuck Liddell, Tera Patrick, Scott Ian, Kat Von D, Slash, Paul Stanley, Scott Weiland, Evan Seinfeld and more 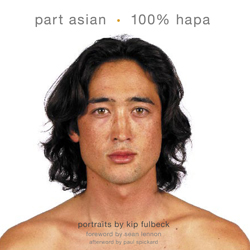 A book of intimacy, affirmation, beauty, and powerful self-expression, the best-selling Part Asian, 100% Hapa is the first book of its kind. Filled with over 100 Hapa portraits and their individual handwritten response to the question, "What are you?" it is the book Fulbeck always wished he had growing up. An introduction to the rest of the world and an affirmation for Hapas themselves, it presents the individuals and their growing community to the world, a reality that will no longer be ignored. It features a foreword by internationally renowned musician Sean Lennon and an afterword by race & ethnicity expert Paul Spickard 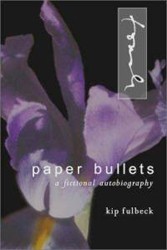 In Paper Bullets, his first novel, Kip Fulbeck taps into his Cantonese, English, Irish, and Welsh background, weaving a fictional autobiography from 27 closely linked stories. This sometimes hilarious, sometimes tragic novel explores the Hapa identity of a young man, who like the author is shaped by the conflicting desires, stigmas, and codes of male behavior in American culture. By turns sensitive and forceful, passionate and callous, Paper Bullets confronts the politics of race, sex, and Asian American masculinity head-on and without apology, all the while chronicling a contemporary man's search for love and meaning